If you have more than one child, it’s fun to go with a common theme for Halloween sibling costumes.  Here are several cute ideas I spotted on Instagram, none of which take much time or money to put together. 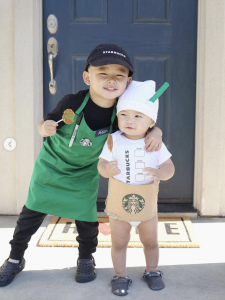 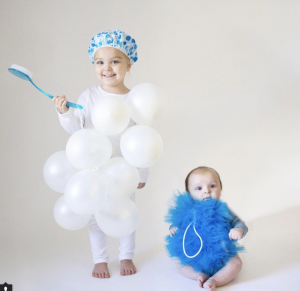 Check out this adorable bubble bath and loofah costume!  For the bubbles, a white outfit with balloons (you use safety pins to attach them) paired with a shower cap and brush is pretty simple.  For the loofah, tulle and string is about all that’s required.  Esmeandames has lots of other cute sibling costume ideas on her Instagram Feed.

How about these adorable little 80s workout divas?  It wouldn’t be hard to re-create this idea if your daughters already had tights and leotards.  Just add some leg warmers and headbands!  This idea is from partylikeamotha 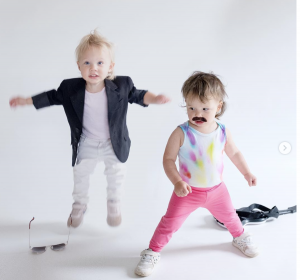 OMG… I doubt a lot of people will recognize this one, especially anyone under the age of 40.  However, as a child of the 80s I recognized this Hall and Oates theme right away (posted by Lauren Mancke).  She has a lot of other cute sibling costume ideas on her Instagram Page. 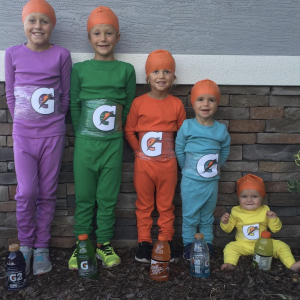 This is so clever!  These Gatorade Bottle Costumes (riginally posted by the slightlysaltykids) are so simple – just use an orange swim cap and Gatorade Logo, which you can find on Google Images. 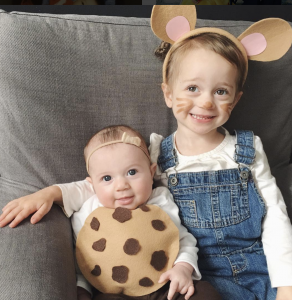 If You Give a Mouse a Cookie is a book that almost every child has on his or her bookshelf, and it also makes a cute Halloween costume theme!  (Originally posted by aedefeo on Instagram) 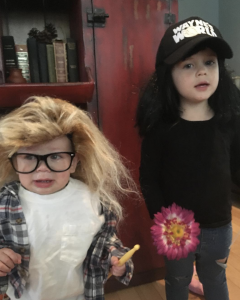 Party on, Wayne!  While I’m sure these kiddos have no idea what Wayne’s World is, this is a fantastic idea!!  Via Hell0sami on Instagram 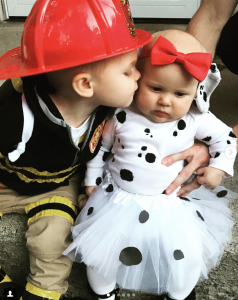 Every firefighter needs a dalmatian (originally posted by courts0831).  What I love about this idea is that the dalmatian costume is SO easy.  You just need a white outfit and can glue on the black felt spots (more on making a homemade dalmatian costume). 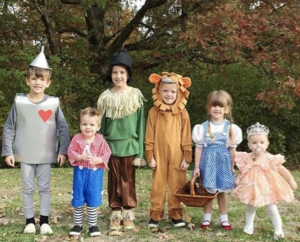 If you have more than a couple kids, the Wizard of Oz is a great sibling costume theme idea.  This photo (originally posted by deltachildren) shows how a large family with six kids not only has the tin man, scarecrow, cowardly lion, and a Dorothy… but a munchkin and a good witch as well. 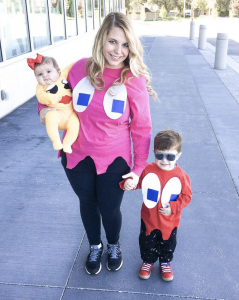 CovetbyTricia originally posted this PacMan and Ghost Costume idea.  It would be really easy to add more colors and go for having a Blinky, Pinky, Inky and Clyde! 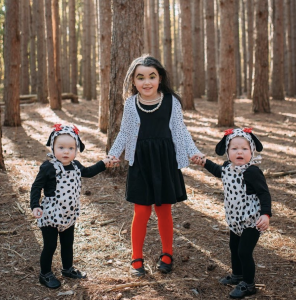 Cruella DeVille and her puppies is an ADORABLE idea for any 101 Dalmatians fan.  We posted a homemade dalmatian costume here to help you make this look more affordable.  Thanks to EllaRoosLIfe for sharing on Instagram! 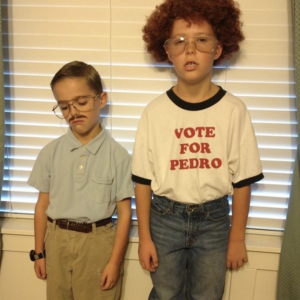 Kip and Napoleon Dynamite (originally posted by Buttercup Exchange) For Kip’s costume, the light blue polo shirt is a MUST – you can snag one here and get it shipped FREE with Amazon Prime if you don’t have one.  You’ll also want to add on the glasses and mustache, as well as the calculator watch (look for an old one at Goodwill).  For Napoleon, you’ll need jeans, aviator glasses, a Vote for Pedro T-shirt, and an orange curly wig. 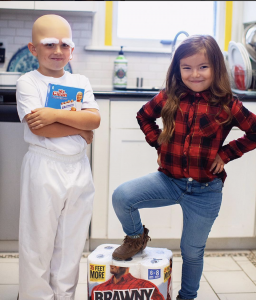 Mr. Clean and Brawny (originally posted by Gina Lee) This would be so easy!  Mr. Clean is simply the all-white clothing, bald head (which you can get HERE on Amazon) and eyebrows.  Brawny is the plaid flannel shirt, jeans and boots. 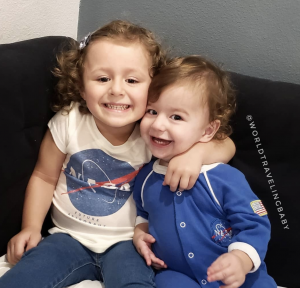 These Future Astronauts (from worldtravelingbaby) are super-easy with Nasa Tees and or/Nasa Onesies that can be worn after Halloween as well.  She also shared these on her Instagram profile too…. 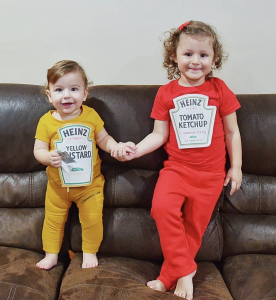 Ketchup and Mustard is super-easy if you have yellow and red clothing.  Simply print out the logos (look on Google Images and blow up to the appropriate size). 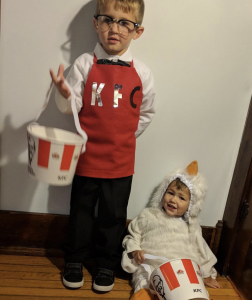 Colonel Sanders and the KFC chicken is a super-cute sibling costume idea!  The red apron and glasses are the basis for Colonel Sanders, using duct tape for the KFC logo along with a chicken costume and KFC bucket is what’s needed for the chicken (originally posted by Jessica Hardy). 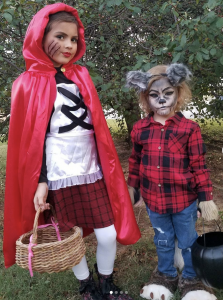 Little Red Riding Hood and the Big Bad Wolf (originally posted by vanesspiration_beauty) wouldn’t require too many items you don’t have, assuming you have jeans and a flannel shirt.  There are several options for wolf paws on Amazon, as well as affordable Red Riding Hood capes. 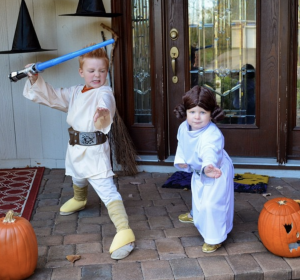 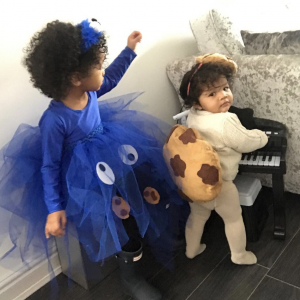