With this recipe, you get all the flavor of a soup that has been simmering for hours, in a fraction of the time.  This cabbage soup recipe is low-carb, low-calorie, and actually super-cheap.  I made it with what I had at home because it’s also extremely versatile.  I was out of regular white onions and celery, otherwise I would have added those as well. You can also add zucchini, green beans, potatoes… the list is endless. If you like a spicy soup, add a little Tabasco sauce for extra heat.  Using the cabbage, tomatoes and broth as the basis for this recipe, feel free to experiment with the other veggies you use (or don’t use) as well as the seasonings.  As you can see below, there are tons of variations on this frugal soup recipe.

Cabbage Soup has become popular, in part to the Cabbage Soup Diet.  Because it’s so low in calories, the claim is that your body burns more calories in digesting it than the soup actually contains.  It’s been reported that in the 1980s and 90s, doctors at the Mayo Clinic put heart patients on a cabbage soup diet leading up to their heart surgeries so they’d drop weight quickly.  The hospital denies these claims, but the claims live on, even if they can’t be substantiated.  I just like it because it’s cheap, flavorful and healthy.  Plus, I can make batches to have on hand for lunches throughout the week.

Use 1/2 head cabbage, diced tomatoes, and broth as a basis for all your cabbage soup recipes.  The veggies and add-ins can be tweaked according to your own taste and what you have on hand.  Here are some more variations:

Swap the beef broth for vegetable broth and you’ve got an entirely vegan cabbage soup recipe.

You can make this soup on the stovetop as well. Just allow more time for simmering, at least 45-60 minutes.

If you want a heartier soup, add 1/2 to 1 pound ground beef or ground pork sausage.  You can also add 1/2 can of tomato paste for a richer, thicker broth.

Add 1/2 C. white or brown rice to the cabbage soup.

Follow the same instructions as below, except cook in the slow cooker on low for 7-9 hours or on high for 3-4 hours.

On the saute setting, add the pepper, onion, carrots to the Instant Pot. Saute for 2-3 minutes, or until they just start to get soft. Add the cabbage and tomatoes, toss to stir in with the other vegetables. Saute for a couple minutes, while stirring. Add the broth, Worcestershire and thyme. Put the lid on your Instant Pot and set on the “soup” setting. You can also do this on the stovetop, just make sure that you allow ample time for your cabbage to cook through and flavors to meld (about 45-60 minutes). 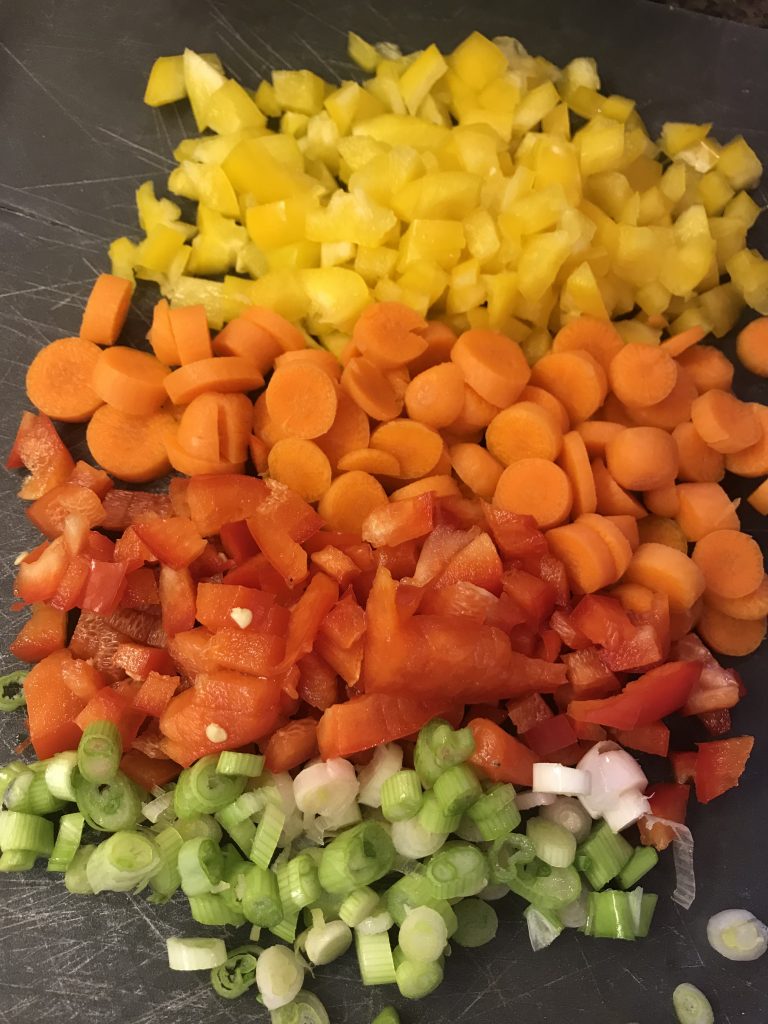 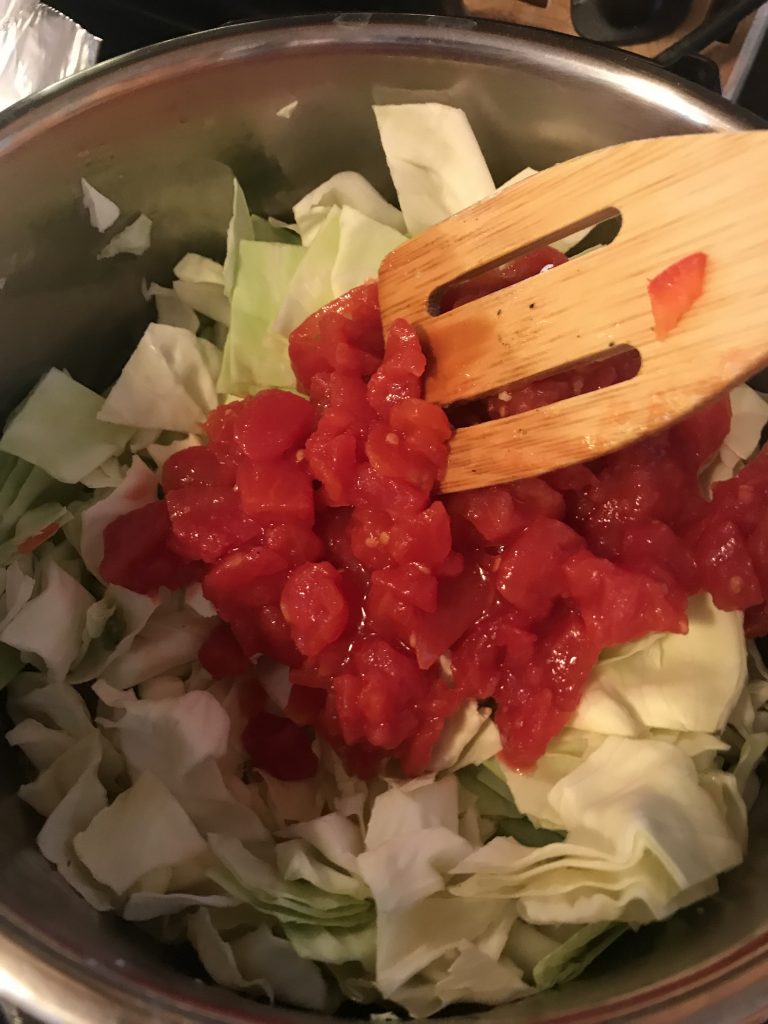 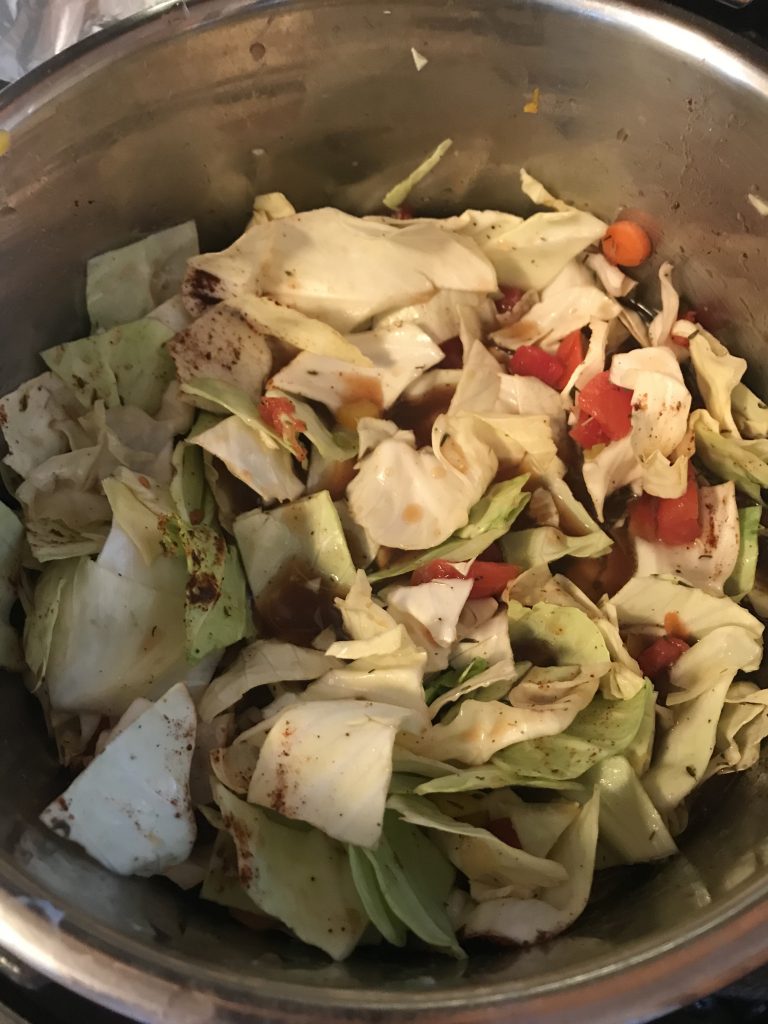 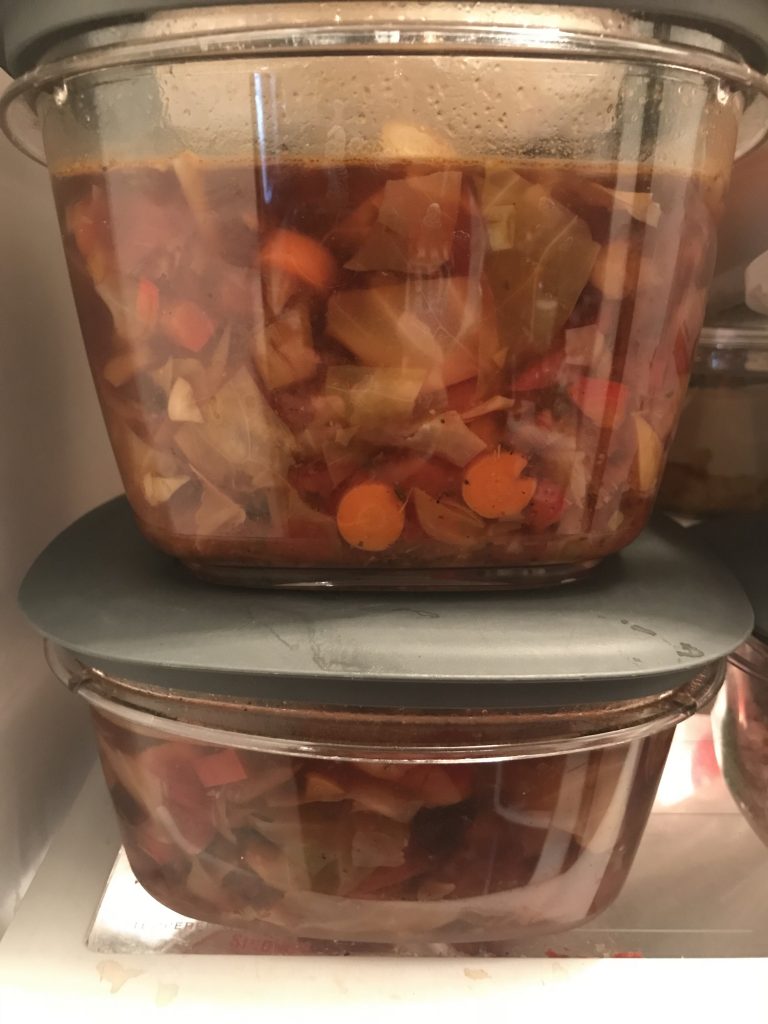