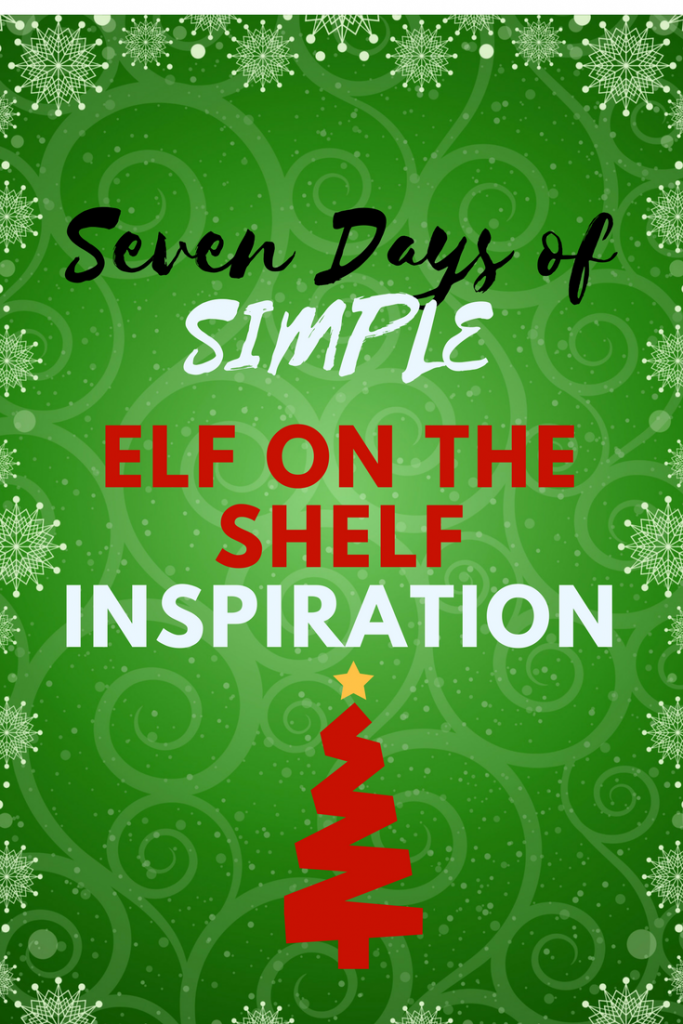 Maybe I’ve been lucky with Elf on the Shelf so far, but the little girls I nanny have just discovered the Elf and they are delighted by the simplest elf movements! Don’t get me wrong, I love seeing my friends crazy-creative and time-consuming Elf-shenanigans all over Facebook this time of year, but I’ve never really known the story of the Elf myself. I assumed that any little ones I knew would see right through the ‘magical elf’ schpeel and accuse me of being the one to move it.  Well, boy was I wrong! I am the nanny for a two and almost-five year old girl, and the five-year-old bought into the elf right away. And she even saw me purchase him, so I didn’t get to do the fun magical arrival of the elf or anything! But still, ever since we got him, she delights in the fact that she has to find him each morning to wherever he’s moved. I started out with something basic – playing ‘Wrecking Ball’ with a ornament on the tree, and have ended the week with the slightly more elaborate elf/Santa/beloved animal tea party. Scarlett’s (age 5) favorite so far has probably been “Harry” the elf having a tea party with Santa. She kept asking me “HOW DID HE DO THIS?!” and even came and woke me up in the morning when she discovered it. Georgia’s (age 2) favorite was Harry hanging off of the top of the tree… one of my simplest ideas yet! So, if you want to take it easy with the Elf this week, here are some ideas!

Since I introduced Harry to my girls a bit late, I’ve also attached some ideas from a friend of mine (including using her kids beloved elf to reinforce good behavior!) All photos have been used with permission. 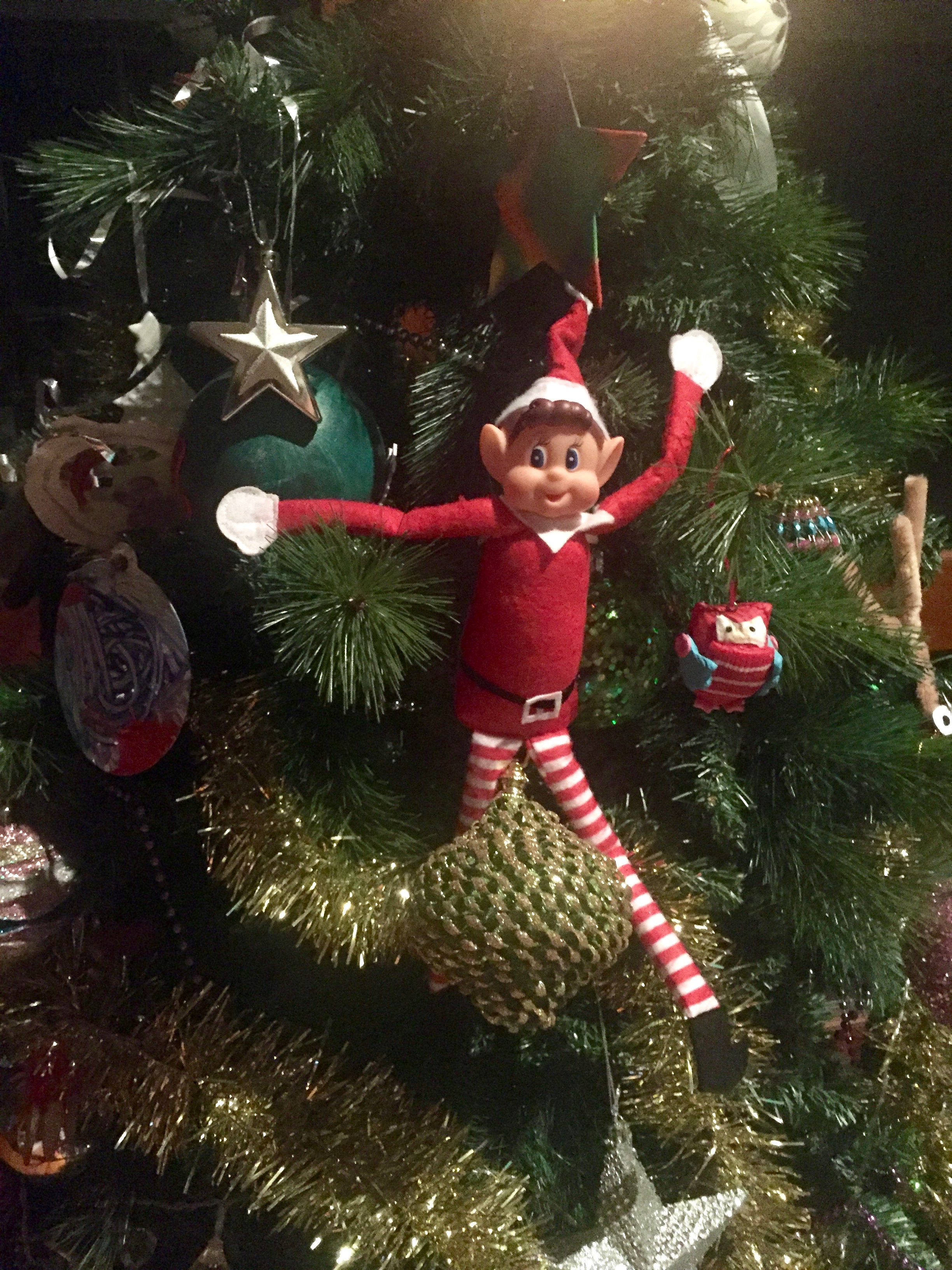 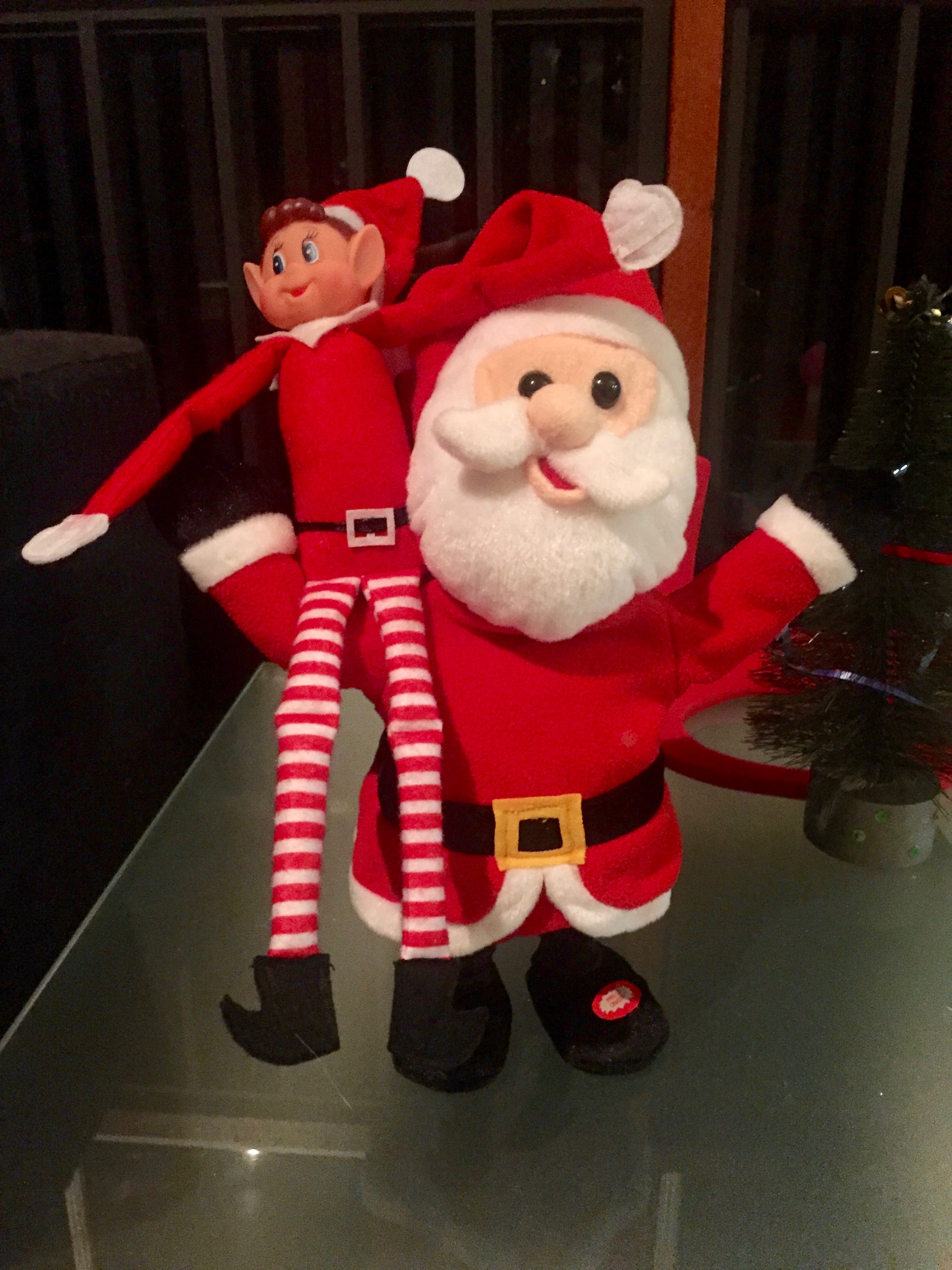 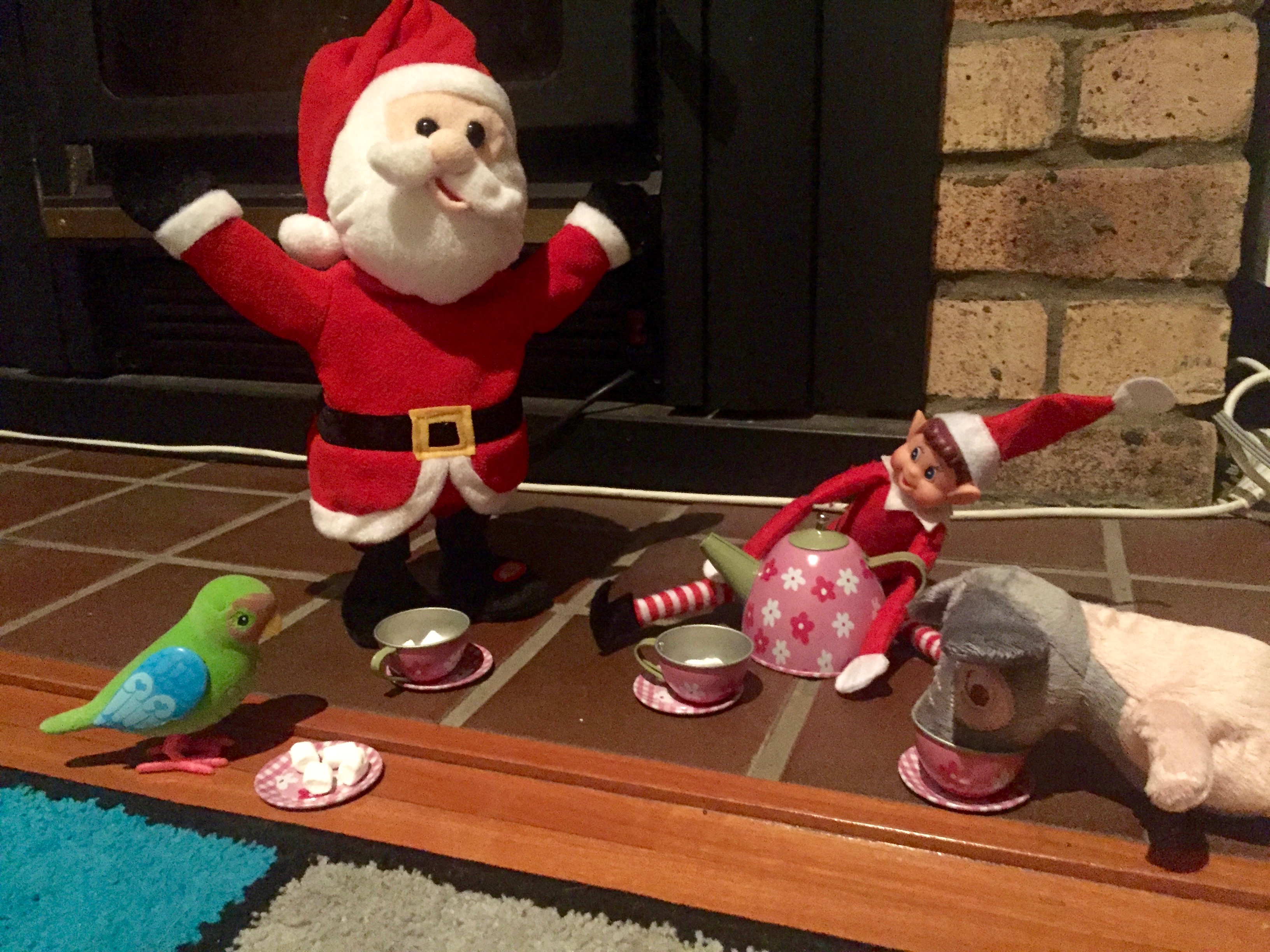 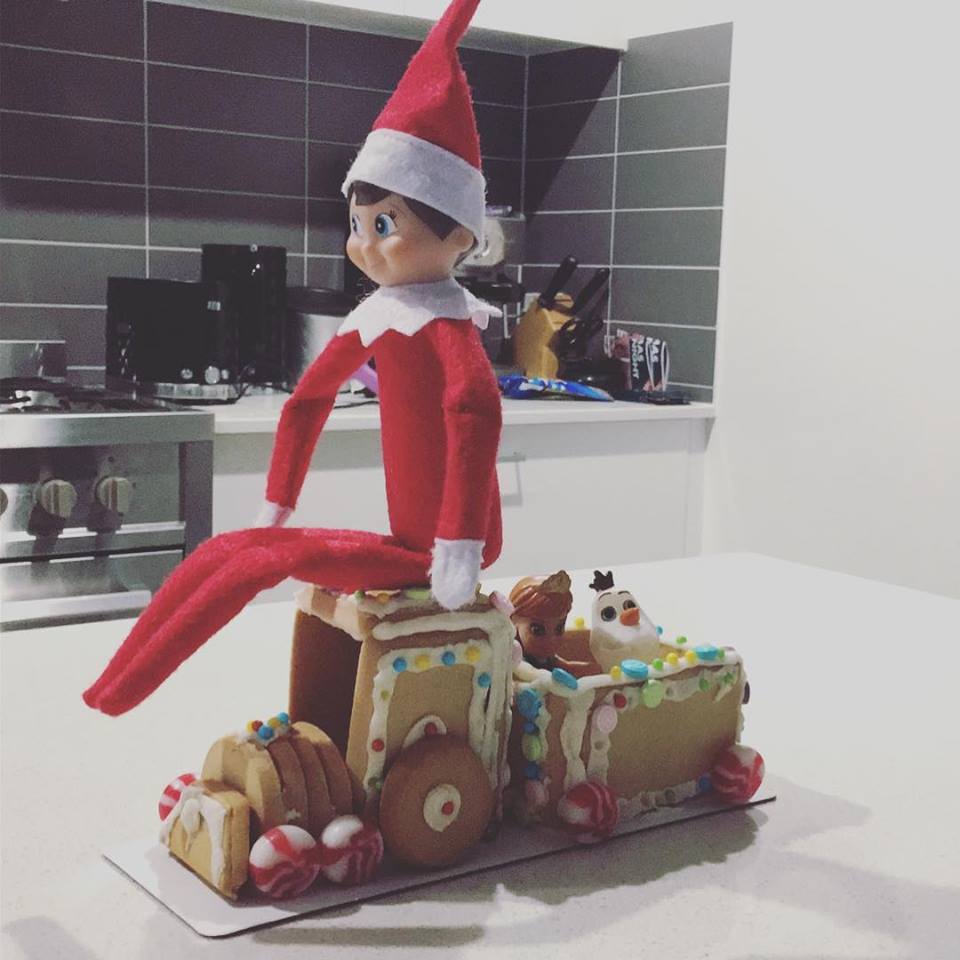 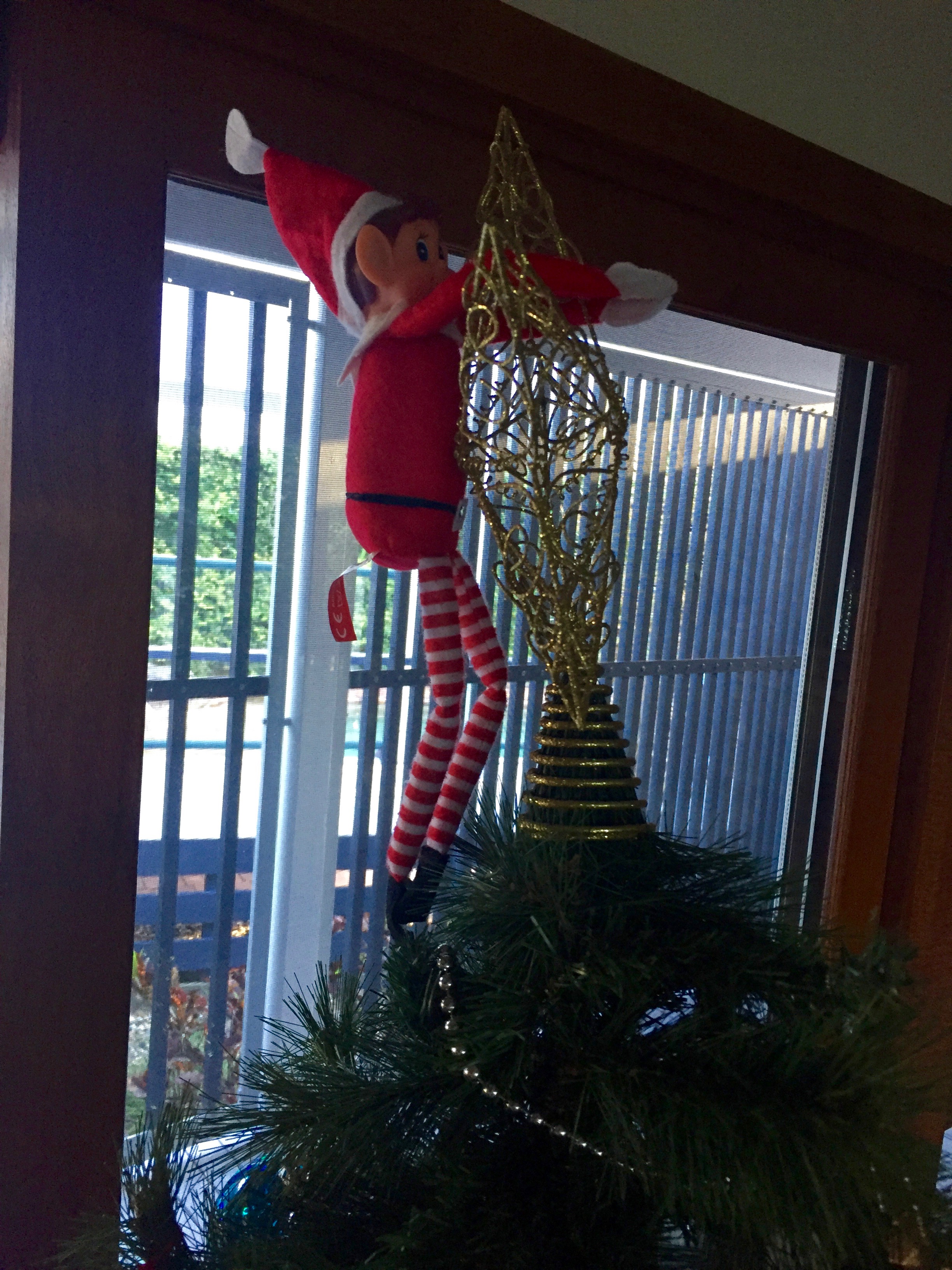 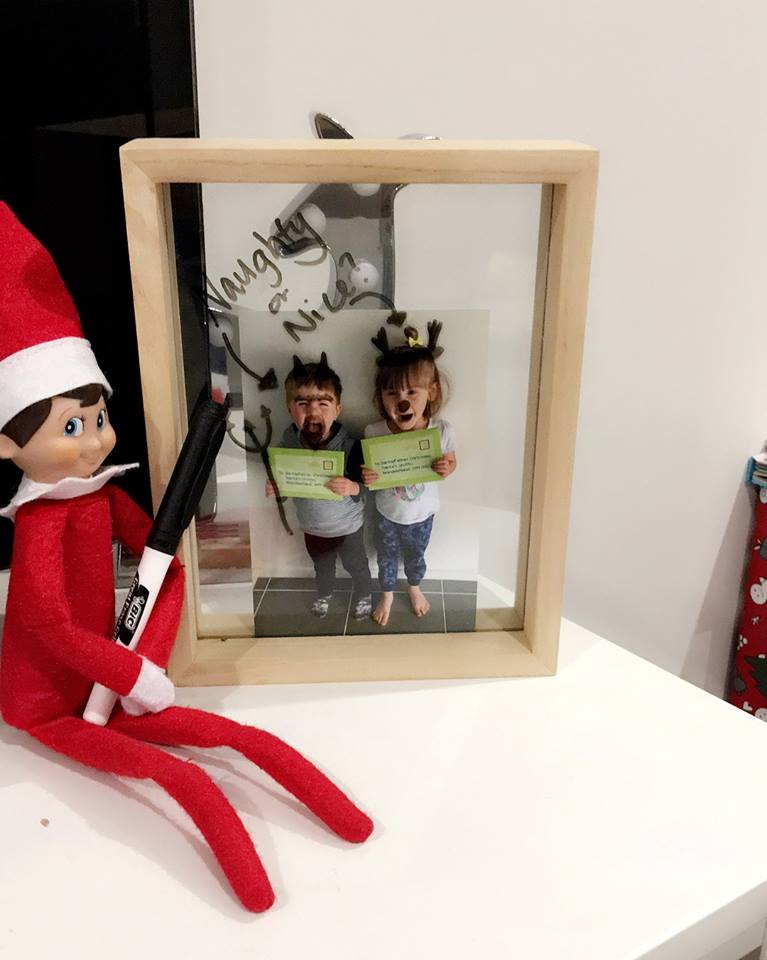 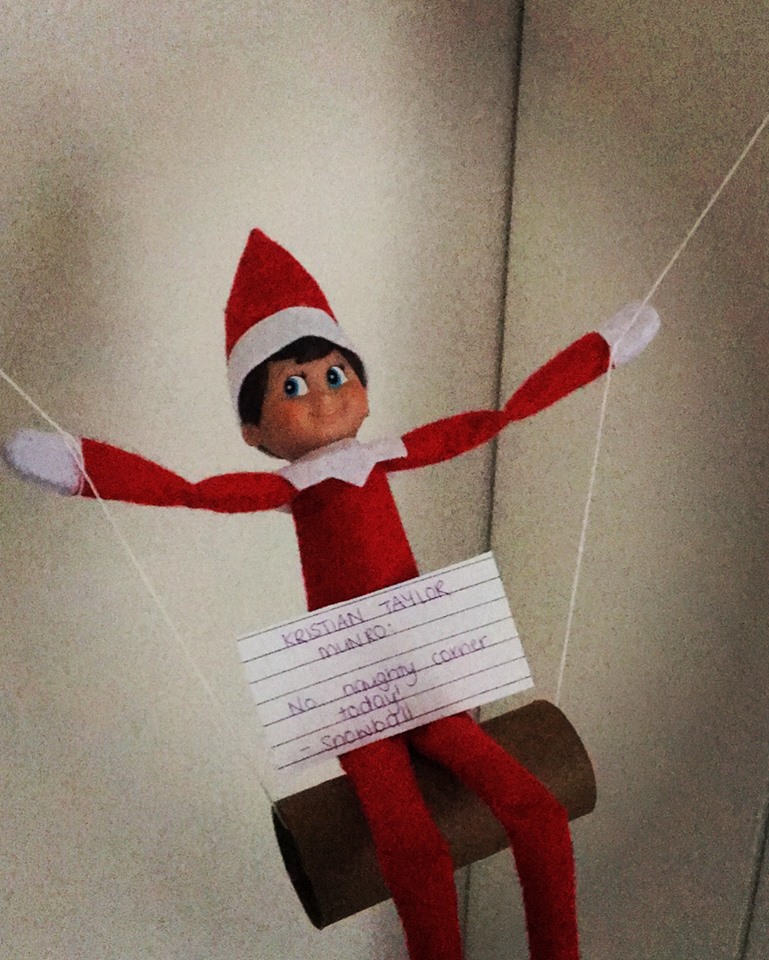 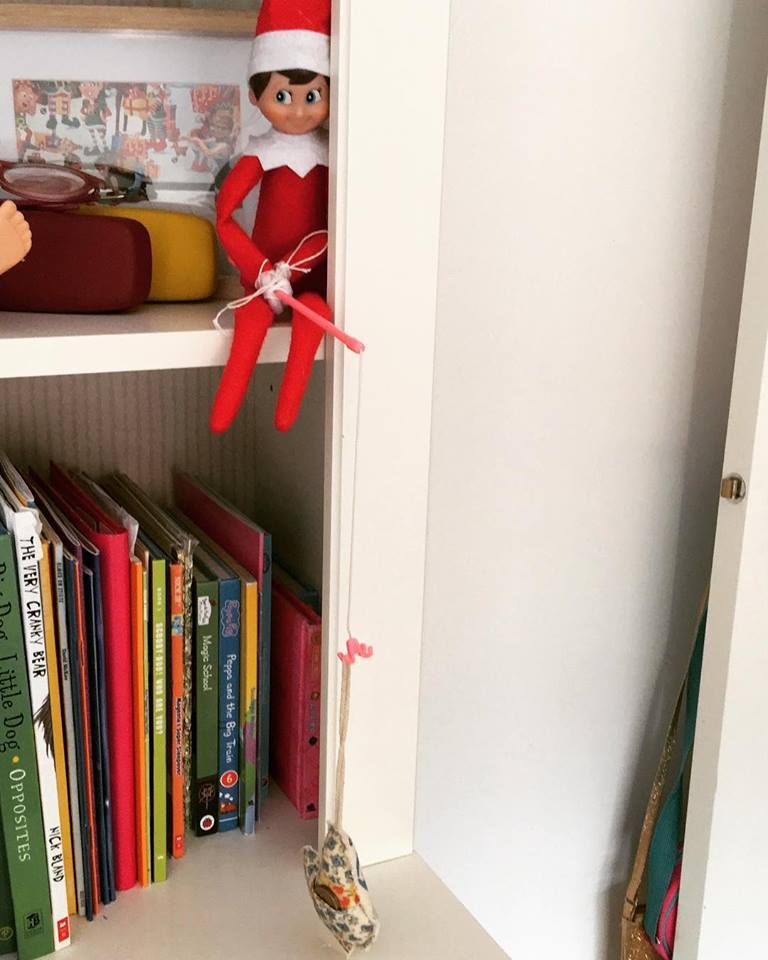